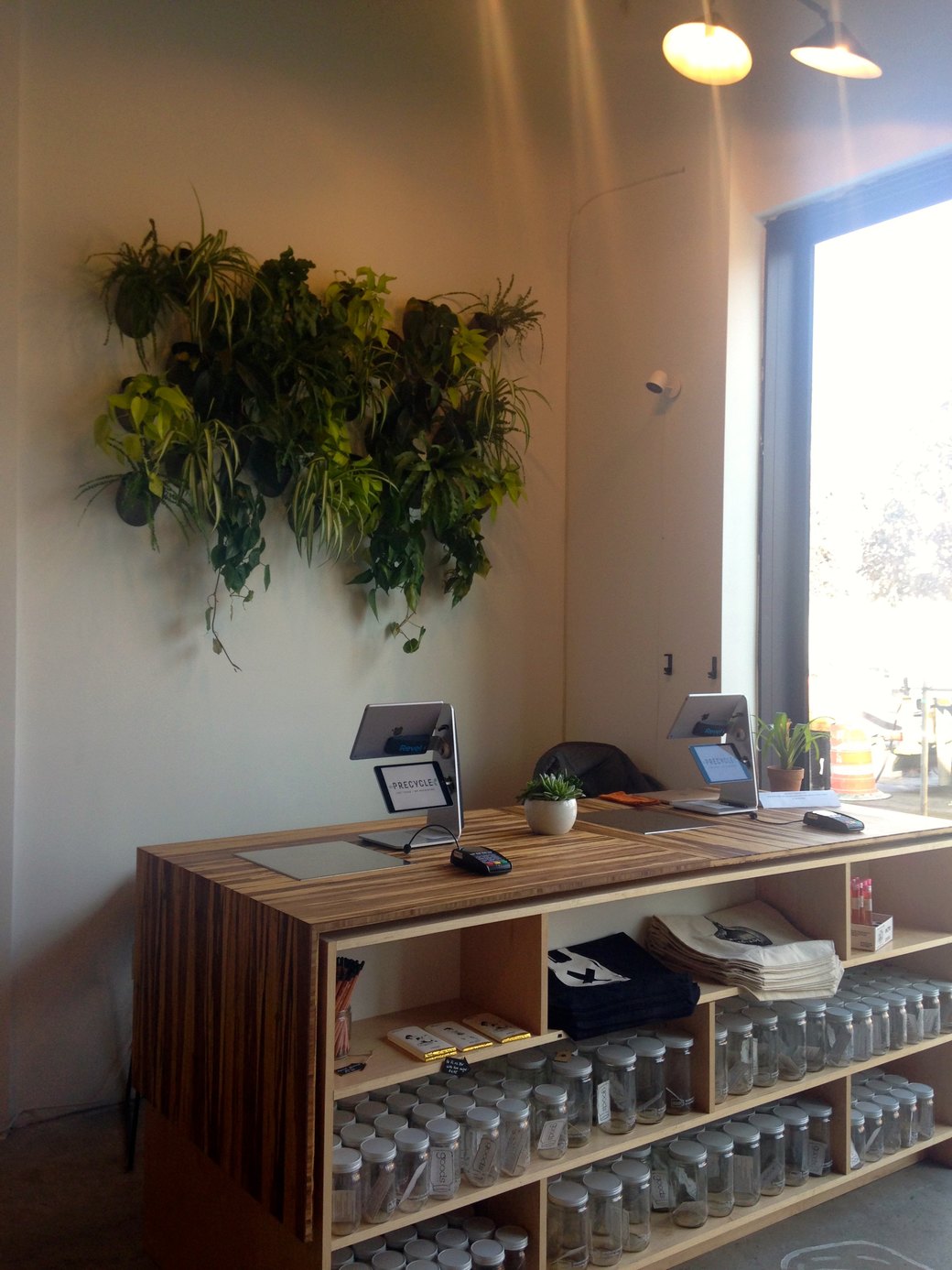 
She’s been surprised to welcome customers from all over New York City—some from as far away as the Bronx, Harlem, the Upper East Side, Union Square, and all over Queens. Katerina says Precycle’s Instagram has been great for spreading the word.

She’s been surprised by how many of them have brought their own containers to fill (instead of buying jars there): “You can hear them clinking in their bags!”

She’s also been surprised by how cheap bulk spices are, compared to the little bottles grocery stores commonly sell. “The big jars I have them in cost more than the spices themselves,” she says.


One week in, Precycle is fully stocked with dried beans and fruit, grains, flours, pastas, and nuts. Cooking oils and Brooklyn’s own Mombucha kombucha are the first liquid offerings to be available on tap. Fresh fruit including Hudson Valley apples and festive satsuma mandarins fill crates at the front of the store, while reusable food wraps and natural beauty products line another wall. Katerina says best-sellers so far include her earl grey soap and silk dental floss.

A variety of loose teas should arrive this week, and she has secured a source for bulk dishwashing liquid—the item most requested by customers so far. Produce like leafy greens and mushrooms will soon fill the cooler; cheese and eggs should arrive after that. Fresh bread is on the near horizon as well. “A farmers’ market seven days a week: that’s always been my dream,” she says. 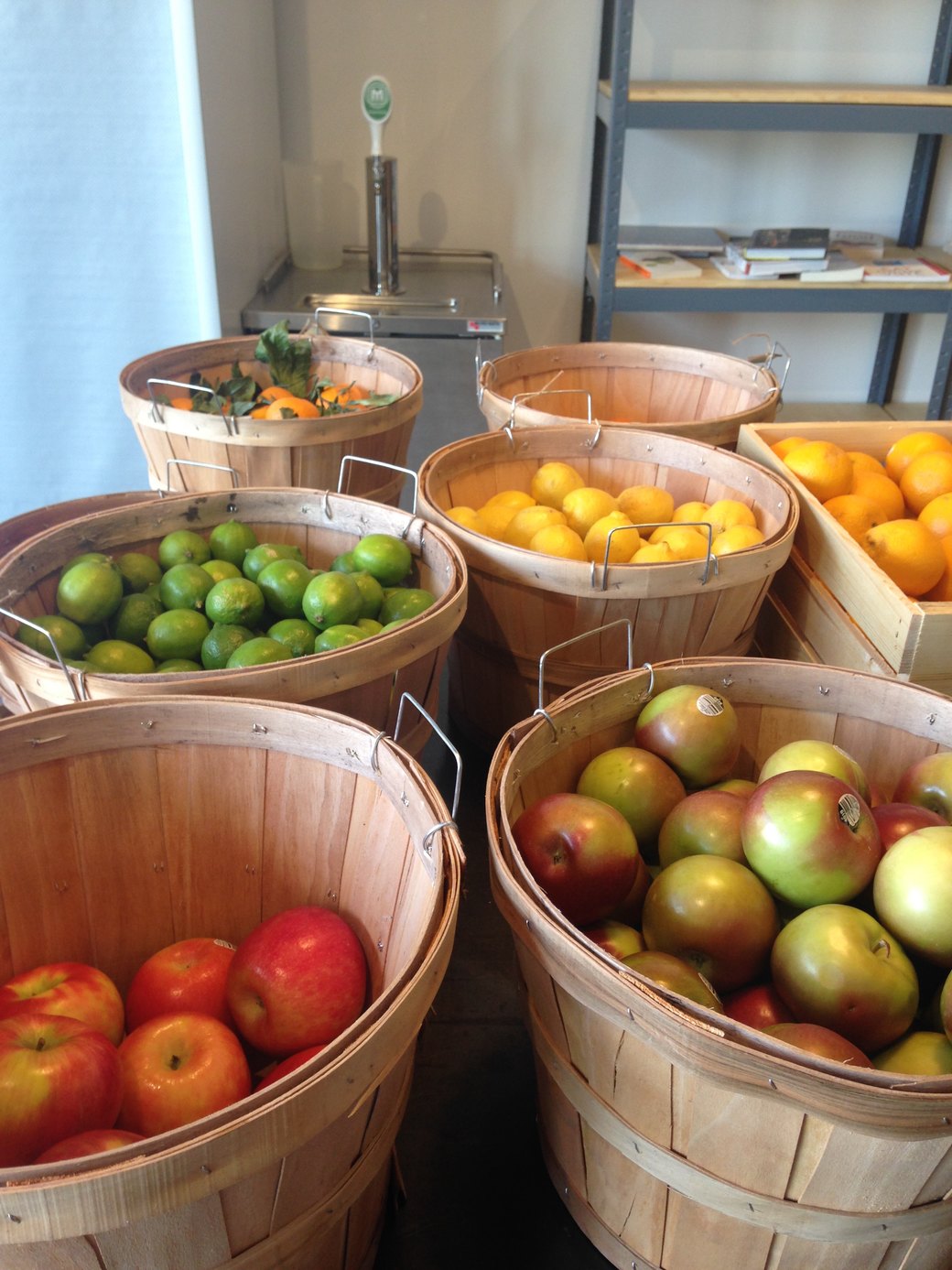 Katerina loves talking with her customers. In the past week, she’s already learned from them about how to make nut milk and vanilla extract at home, and some have offered their books on sustainable cooking and gardening to her lending library. Katerina says she looks forward to launching some “community talks” in the new year. She’s been corresponding with eco-luminaries like Bea Johnson, bestselling author of Zero Waste Home, about participating.

Above all, she says shoppers new to package-free shopping and zero waste living need not be intimidated. Come in with containers of your own, or pick up a few recycled paper bags and reusable glass jars from the store, and Katerina will show you how to measure out and weigh your items so you’re only paying for what you need. 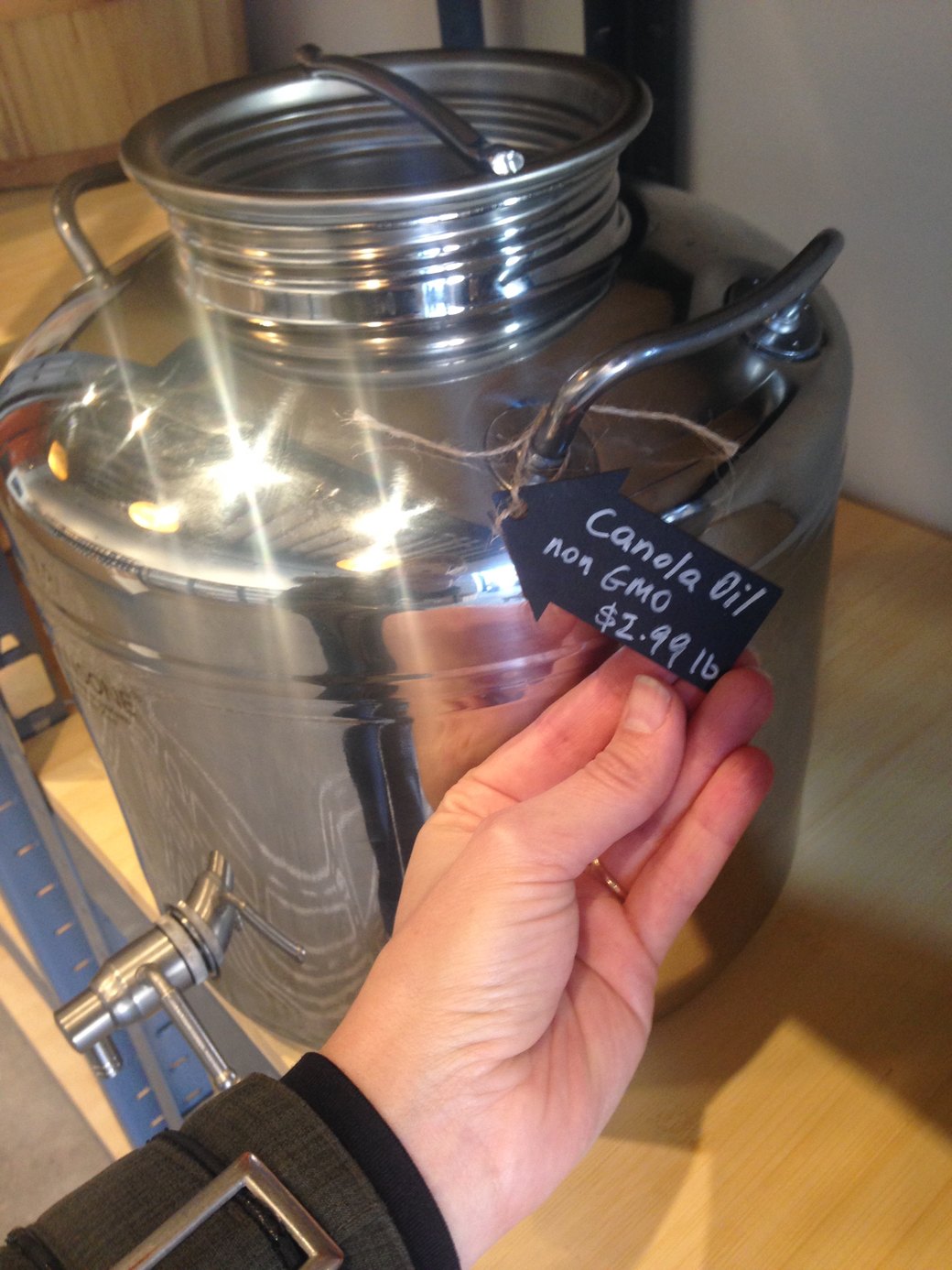 One problem: Precycle looks too pretty to be a grocery store! Katerina is working on more signage to make it clear this is a place to come with your canvas bags and load up on staples. The reporters who’ve stopped by from News 12 Brooklyn and Fox 5, and the press she’s gotten in Edible Brooklyn, BK Reader, GirlieGirl Army, and soon, The Wall Street Journal, should also help get the message across. 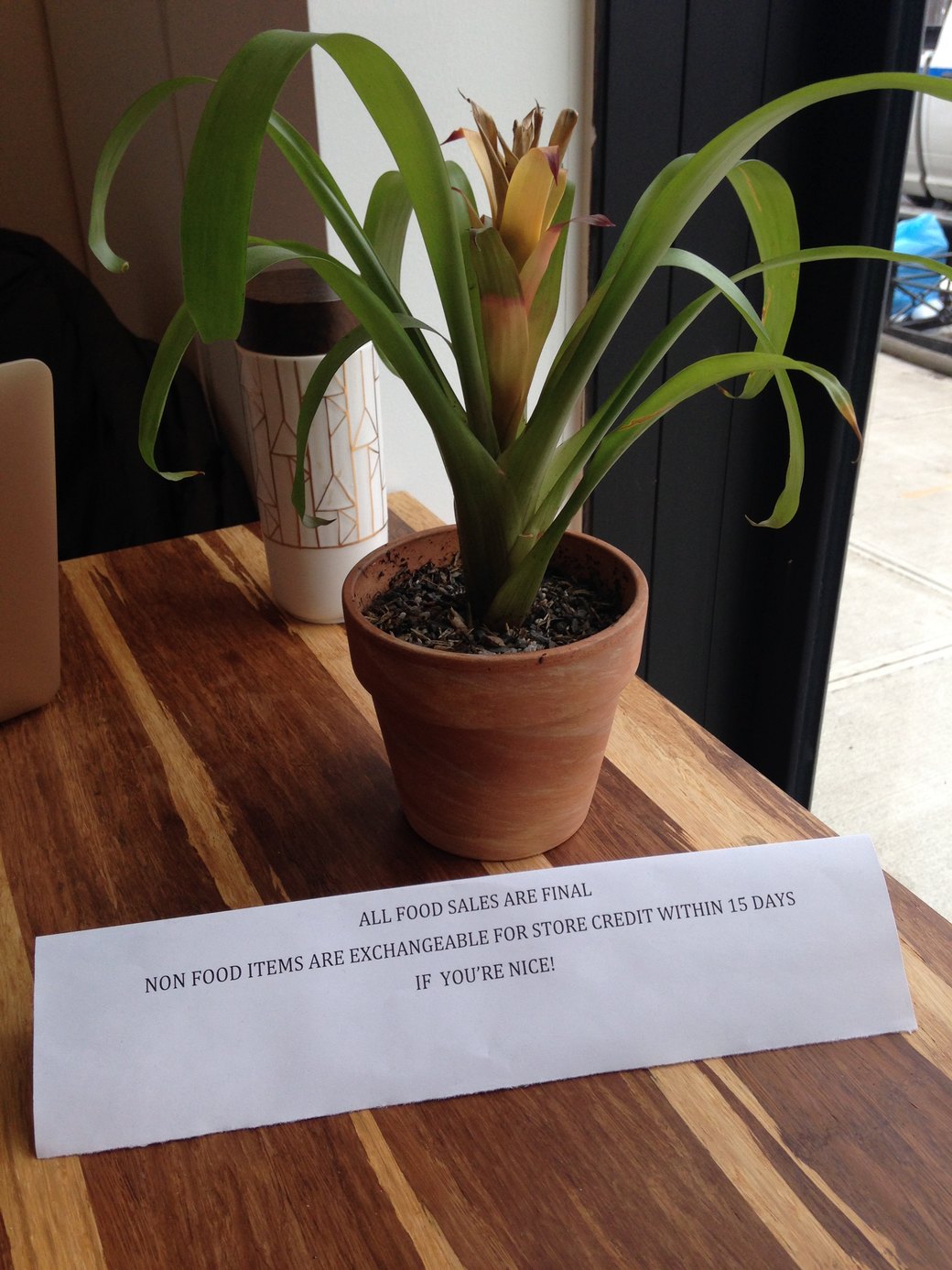 Katerina says she’s seen her son (featured in Precycle’s Indiegogo campaign video) for a total of about 15 minutes in the past two weeks. “He says, ‘I miss you, Mommy,’” Katerina says. “But he understands. He knows I’m doing something important.”

Precycle is open seven days a week, 9 am – 9 pm (though check their Instagram or website for early holiday closures). 321 Starr Street—but enter on Cypress!

Katerina spent three years investing in Precycle before opening to the public. Now, her Indiegogo campaign will help her bring more fine package-free products to this woman-owned independent business in Bushwick. Donate before December 23 to get in on perks like shopping vouchers for money off your Precycle purchases, a book of zero waste recipes, and signature tote bags designed by local wife-and-husband studio Suva.

All photos by April Greene

Interview: Parrot Dream Hosting Benefit For Trans Women Of Color Collective On Sunday At The Glove

Reality Check: We Compared the Prices in 9 Grocery Stores in Bushwick & Vicinity

The Shuttering of Sands: New Cafe Closes After Owner Is Accused Of White Supremacy