Rachel Angel Shines on New EP “Not Enough” Plus The Best Shows in Bushwick This Week!

Radio Free Brooklyn and Bushwick Daily are proud to announce a new weekly local-music column that will focus on artists that call Bushwick home. Each week, a Radio Free Brooklyn personality will pen a record or performance review of a different Bushwick based artist, with a curated selection of the best upcoming local gigs in the neighborhood for the following weekend. 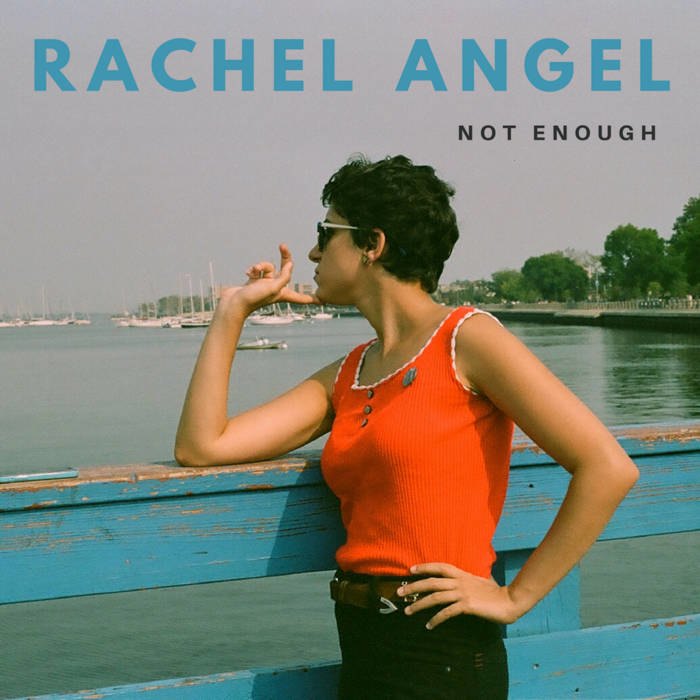 On Not Enough, Rachel Angel‘s first EP in three years, the Brooklyn based singer-songwriter manages to perfectly encapsulate the feelings of longing, loss, and reinvention in a fiercely relatable fashion. Right from the start, the clean guitars and Angel’s warm voice in “Stick In The Mud” evoke those truly authentic feelings of stopping, starting, stopping, and starting again as you venture through life in the rough and tumble streets of New York City.

Angel has previously remarked that the inspiration behind these songs came from constantly riding the subway out to Coney Island.  While it’s hard to imagine the streets of modern-day New York City inspiring a collection of twangy, alternative-country songs such as these, Angel’s careening guitars and the introduction of a keening lap steel successfully give a distinctly Americana feel to some very Brooklyn experiences.  The title track “In Low” weaves the competing emotions of wanting desperately to remain with a lover to avoid the isolated loneliness of starting anew in the city, but knowing the toxicity of that decision is adverse to your own well-being. Although she’s only released two EPs, Angel definitely has some songwriting chops that have earned comparisons to Angel Olsen and alternative country pioneers, Uncle Tupelo – but a deeper, finer listening reveals Angel’s own distinct stripped down sound that combines earnest, aching lyrics with sounds reminiscent of folk artists from our heartland.  All of this makes Rachel Angel an artist worth keeping your eyes on.

Rachel Angel is appearing at The Footlight on Friday June 29th along with Graeme Daubert, Field Guides, and Adeline Hotel.  You can purchase Not Enough via bandcamp.

Summer is finally setting in, so make sure you get out and enjoy some live music at your favorite Bushwick venue.

Here’s my picks for this week:

Big Eyes will bring their unique brand of aggressive power-pop to the Alphaville stage on Thursday night. They’ll top off a lineup that features Wisconsin’s DUSK, who just released a lovely self-titled album of heartland inspired rock and roll.  New Jersey’s Character Actor are a relatively new group that features former members of some legendary Garden State bands, including The Ergs! and Night Birds. Their debut self-titled EP channels some of their previous projects, as its a slice of pure garage-punk beauty

Los Angeles’ based post-punk outfit Moaning are riding through Zone One on Thursday in support of their incredible self-titled debut album, which was released in March on Sub Pop . If you’re a fan of New Order inspired post-punk with a serious edge, then Moaning is sure to sound pleasing to your ears. Also appearing are local dreamer poppers Painted Zeros and Patio. Painted Zeros are in the process of releasing their follow up to their excellent 2015 album, Floriography, whereas rumor has it that Patio are hoping to release new music later this year. If you haven’t heard Patio’s debut EP Luxury, do yourself a favor and check out this five song melodic post-punk masterpiece.

Trans-Pecos plays host this Friday to some of the borough’s best up and coming bands.  Sic Tic’s heavy psychedelia rounds out a lineup that features power-pop mainstays, No Ice and garage-rockers, Desert Sharks.  Gingerlys are still riding high from the release of their highly anticipated and critically acclaimed 2017 debut album, which is full of beautiful dream pop melodies and warm hooks.  This is a gig that you’ll want to arrive early too and stay through to the very end.

Las Rosas are wrapping up a nationwide tour following the May release of their second full length album, Shadow By Your Side. The follow up to their excellent debut is another refined set of Paisley underground inspired psychedelic tunes.  They’ll be joined by tourmates, Champagne Superchillin.  This trio arrived in New York City by way of Nashville last year and delivers the type of psychedelic-pop to back up their namesake. Juan el Alto rounds out this already stellar bill.

Connecting the Bushwick Community With Local Makers and Bakers