As RuPaul’s Drag Race ramps up for its first “all winners” season tonight, it’s worth revisiting what is perhaps the most monumental “first” the show has had in its 13-year stint: Kyle Sonique Love’s crowning last September, which made her the first trans drag queen to win an American season of Drag Race (predated only by Thailand’s Angele Alang crowning in 2019).

But this trans victory didn’t happen in the blink of an eyelash extension. Having kicked off in 2009, it took 13 regular and six All Stars seasons for a trans woman to snatch the crown. Infamously, it also took RuPaul retracting the reasoning he gave in 2018 to not allow trans performers to participate in his show. “Drag loses its sense of danger and its sense of irony once it’s not men doing it,” he told the Guardian that year. Months later Gia Gunn became the first openly trans contestant to enter the competition for All Stars 4.

Despite being known as the “Gay Super Bowl” or the “Olympics of Drag”, trans people were purposely excluded for the majority of its run. It’s not surprising, then, that emerging trans drag performers from the local scenes also experience exclusion and occasional lack of support from audiences and event bookers.

“People don’t seem to take me as seriously as other performers, maybe because I refuse to shave my beard,” says Gray Aria, a transmasculine non-binary entertainer from Chicago now living in Brooklyn and known for impersonating Freddy Mercury and David Bowie. “If people don’t think that there is a male behind the makeup, they treat you with a double edge sword, misogyny and transphobia.”

Zanaxe, also known as Axe, is a drag king who sees lip synching upbeat songs as a way to channel his anger through performance — but he says he faces constant criticism about his chosen aesthetic. “I can go to any drag thing and say I’m a drag performer and people be like, why don’t you have an eyelash on?,” he says.

But in spite of some difficulties, the edgy, avant garde and rebellious Brooklyn drag scene remains a solid spot for trans and non-binary performers to thrive. They spend their nights in bars like The Rosemont, C’mon Everybody or 3 Dollar Bill and bring their “transtastic” take on drag to the stage and runway. The job is a platform to express themselves artistically and a catalyst for their transitioning journey.

“Spaces in Brooklyn are more open to all types of drag,” Bobby LeMaire, New Jersey-native and “trans party girl and dancer” says. “You can do whatever as long as you can give a show.”

Still, they were initially hesitant to do drag. Today, they prefer to not wear wigs during shows. “It made me feel bored dressing up and pretending to be femenine, because I already was living my life femenine,” they say. “For me it is more affirming to be the same person on and off stage.”

Larry La Fountain, scholar and author of Translocas: Trans Diasporic Puerto Rican Drag says it’s difficult to think of drag without trans people. “They have been deeply integrated and have participated in such complex ways in the long history of cross-dressing and transformismo at an artistic level, in Latin America, the Caribbean, the United States,” he says. “The division that RuPaul maintained was somewhat artificial.”

La Fountain explains that men with university backgrounds and formal training in acting, singing or dancing have, for decades, been at odds with trans drag performers who were largely homeless, working-class sex workers with no college background.

La Fountain performs in drag by the name Lola Von Miramar, a reference to the neighborhood where he grew up in San Juan, Puerto Rico.

Besides the tension with cis-male performers, trans drag queens also have to deal with workplace discrimination while working side jobs to support the more-expensive-than-lucrative art of drag. Gray Aria, for example, became homeless during the peak of the pandemic in 2020 after being fired from their job at Wells Fargo in Chicago due to a cash counting error. “It was due to all the stress I was going through while transitioning in the workplace,” they say. “The human resources office was not able to apply their own transitioning plan. Coworkers kept getting my pronouns wrong.”

On top of the stress, some trans drag queens face tumultuous relationships with their families. Angel Au, a Brooklyn queen who describes her drag as “glamedy,” a mix of glamor and comedy, grew up in a Chinese-catholic household in New Jersey. She says that doing drag helped her connect with her authentic self after living with her parents who stifled her decision to transition.

“After being alone in New York for two or three years and seeing how liberating it was to do drag, it was that final push for me to start living authentically,” she says. Her parents tell her she keep drag as a hobby.

“They don’t understand how committed and passionate I am to drag and wanting to make a career out of it,” she says. I’m just hoping that with time they can understand.”

Back on TV, RuPaul praises the largest trans cast in Drag Race herstory. “You are all my teachers,” he says to the queens of Season 14 in its reunion episode. The longest segment was dedicated to queens CornBread, Jasmine Kennedy, Bosco and now-winner Willow Pill, who discussed their experiences coming out as trans during or after the filming of the show. They joked about their recent relationships with taking estrogen and opened up about how they helped each other embrace their authentic selves, with some of them crediting their dialogues with fellow contestant Kerri Colby for giving them the push they needed to transition. Colby was the only queen living openly trans before entering the competition.

Bobby LaMaire says that in spite of its flaws, RuPaul’s Drag Race has created a space in entertainment for queer people that never existed before. “It opened the door for conversations of queerness, gender identity, presentation and trans people on television,” they say. “It is a lot of growth in a short amount of time — people forget this wasn’t always there.” 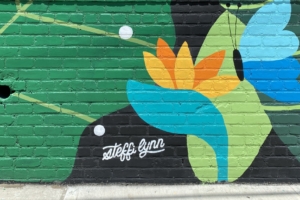