Participatory budgeting is back and the results are in for how locals want to dole out $1 million in city funds. Yes dog park, no workout equipment
Andrew Karpan, June 9, 2022
Andrew Karpan [email protected]

Supporters say that the city’s fledgling participatory budgeting program is a way to open up the often murky machinations of how city contracts are handed out by giving New Yorkers the chance to vote themselves on what they want to get funded. And what the people in Bushwick want is to upgrade the dog run at Maria Hernandez Park.

Last night, local councilmember Jennifer Gutiérrez announced the winners of the somewhat novel budgeting process, which has been going on in starts and stops since 2011. Antonio Reynoso, the former Bushwick councilman who has since been elected borough president, had been among the early pols to back the idea and his successor had made bringing it back a hallmark of her successful election campaign last year.

“I am thrilled to continue to look to my constituents to tell me what community projects we should be dedicating funds to,” Gutiérrez said in last night’s statement. Voting had commenced during a week in early April, in the 32 council districts in the city whose legislators had agreed to spend their million dollars in discretionary budgeting that way. That number is a little over half the 51-member body – though, as the Greenline notes, Gutiérrez had been the only representative in northern Brooklyn to participate.

Voting on these projects is framed somewhat differently than elections for public office. For one, it’s open to anyone over 11-years old. Perhaps, consequently, most of the winning projects tend to involve improving local schools. In this year’s round, voters agreed to buy 133 laptops for students at the Joseph F. Quinn middle school in Ridgewood, 100 new laptops for students at the Lyons Community School, a junior-senior high school on Graham Avenue and renovating a hallway at Jean Paul Richter, the Queens elementary school.

But the win that Gutiérrez’s office is most excited to tout is the $300,000 project to upgrade a popular dog run at Maria Hernandez. (The dog park has 2,478 followers on Instagram and campaigned vigorously.)

“It’s very exciting to be a step closer to making the larger repairs that the dog run very much needs,” said Amy Willard in the statement. Willard is a volunteer who helps manage the dog run. Back in February, she complained to a blogger at Gothamist that “with no replacement gravel from the city, we have water pooling.” According to the run’s Instagram account, the money will go toward replacing the gravel with K9 turf, a brand of turf made by a company called ForeverLawn that promises to “eliminate water pooling and help mitigate disease spread.”

Other winners include a “multisite project” that would create some new “curb extensions and permanent plazas in Williamsburg.” The goals of these would be curb pedestrian fatalities, an issue that’s animated some other local politicians as well.

Among the projects that failed to secure funding from voters was an idea to construct adult exercise equipment at Cooper Park in East Williamsburg. People prefer dogs to working out, who would have guessed it? 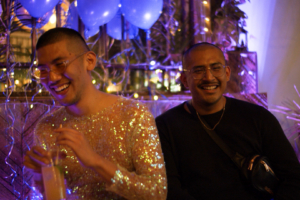 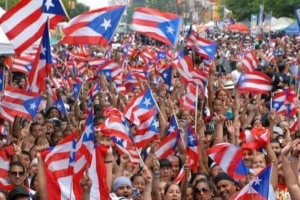 What about other parks like Irving square park? Maria Hernandez is not the only in need of repairs and upgrades