#1-17 by Maria Gotay; #18-25 by Katarina Hybenova Bushwick Daily editors Maria and Katarina have combined their most treasured moments of this year’s Bushwick Open Studios in a gorgeous photo essay! Relive them with us! #1 NO BS BOS Guides lined up in Cheap Storage and all over the neighborhood Get ’em while they’re hot! […]
Maria Gotay, June 3, 2014
#1-17 by Maria Gotay; #18-25 by Katarina Hybenova

Bushwick Daily editors Maria and Katarina have combined their most treasured moments of this year’s Bushwick Open Studios in a gorgeous photo essay! Relive them with us! 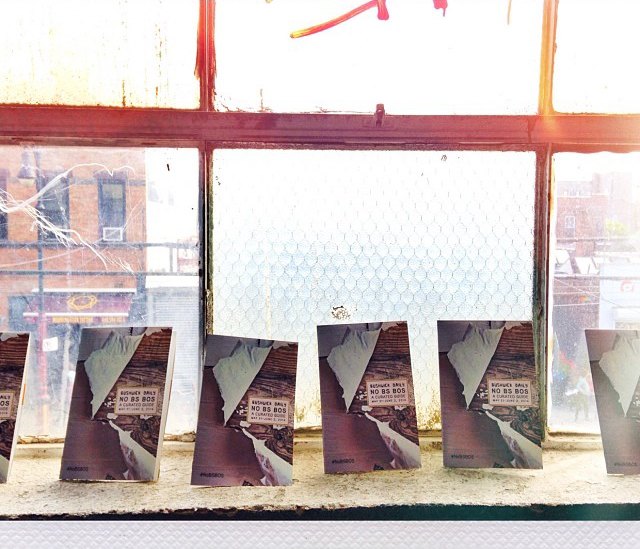 Get ’em while they’re hot! Our BOS cheat-sheet guides went fast all over the neighborhood. 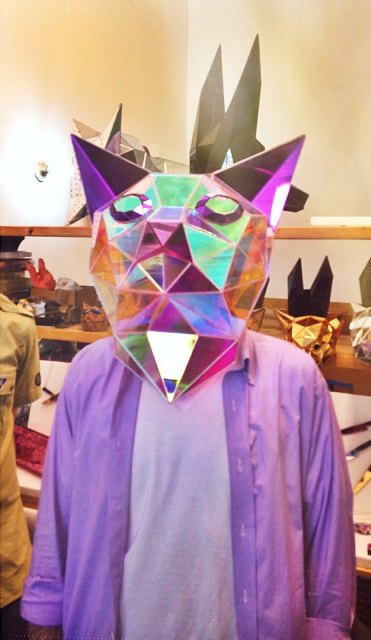 One lucky visitor got to try on this lightweight, 3D printed, 2-way mirrored dog mask, then he proclaimed that he very much would like to try the mask on LSD. Seriously. 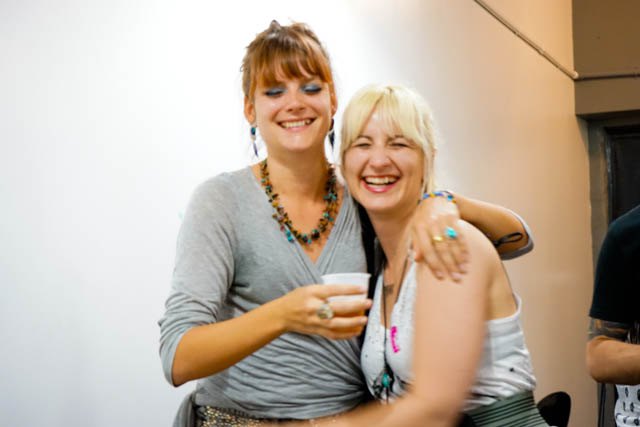 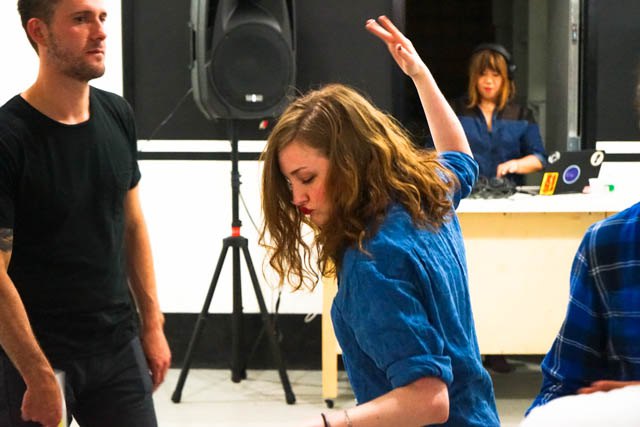 Erin dancing with friends at the NO BS BOS Launch party. We want what she was drinking. 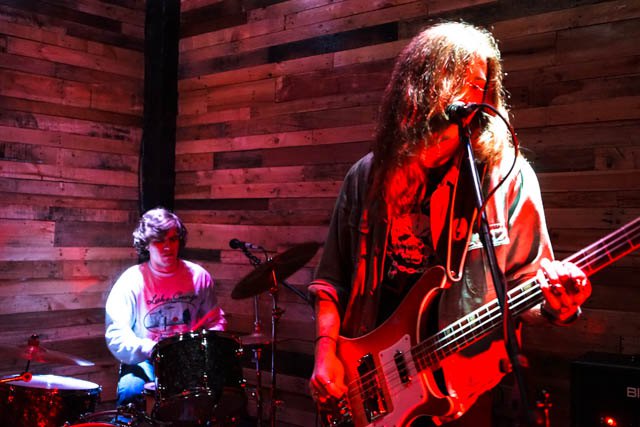 #5 Hippy Performed at a House Party 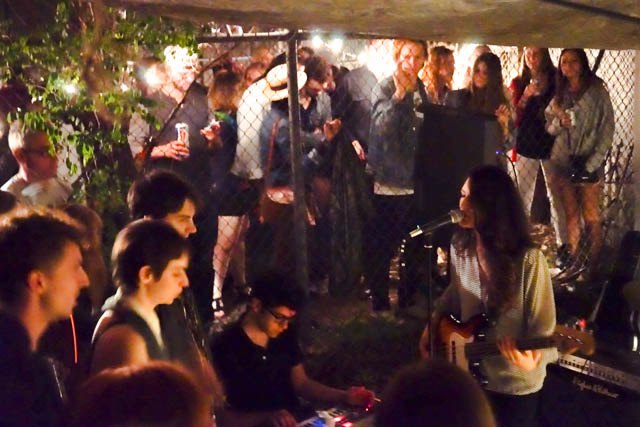 A raging house show on Evergreen Ave featured The Lemons and our personal faves, Hippy, who had the crowd dancing to their jangly songs. 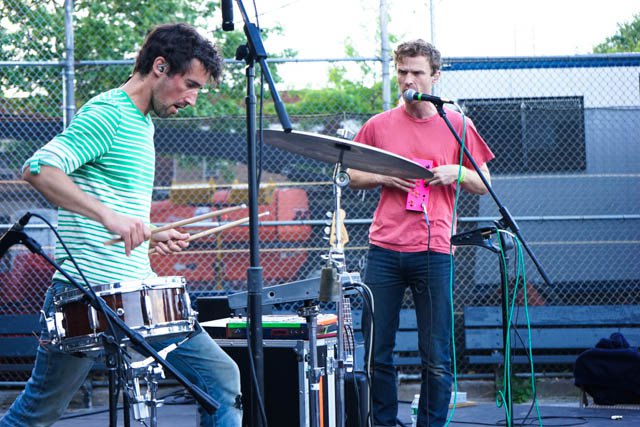 Javelin took the whole park to funkytown at a free benefit for Ten Eyck Playground on Saturday afternoon’s free block party, which also featured the music of Slavic Soul Party and Los Hancheros. 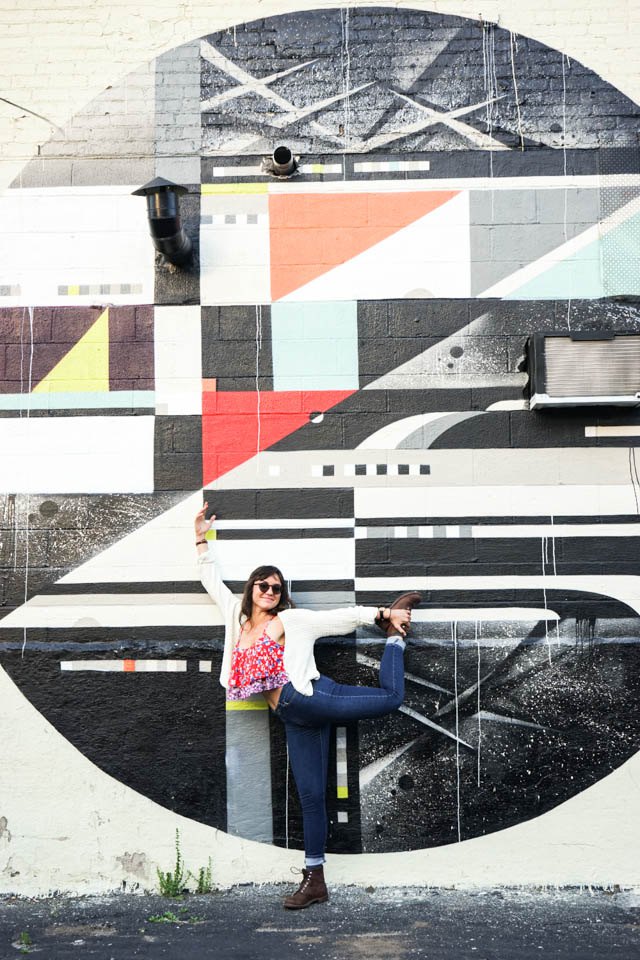 #9 Castle Of Pills at Understanding Media, The Extension Of The Human Being At 319 Scholes Street. 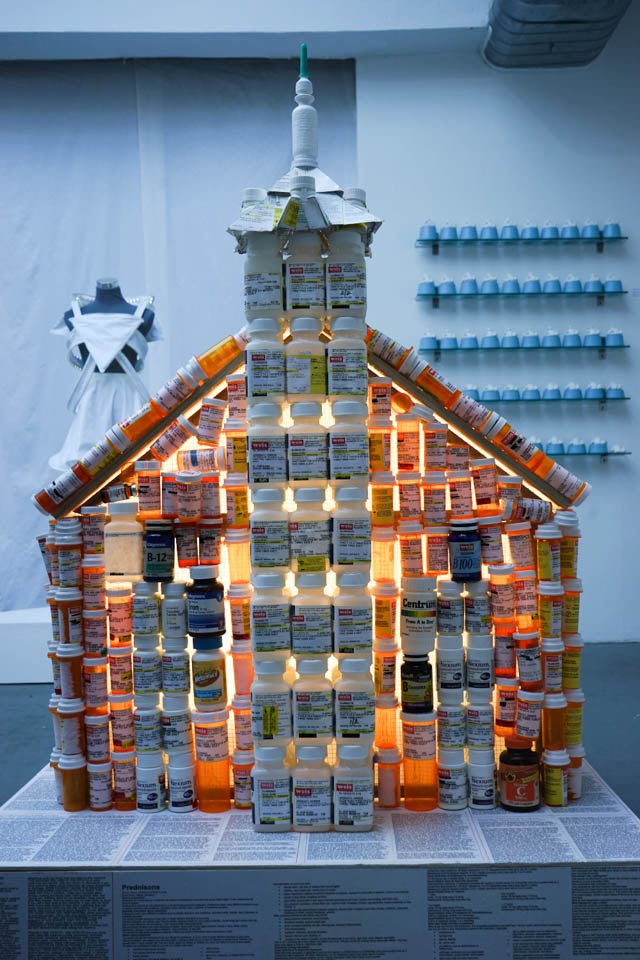 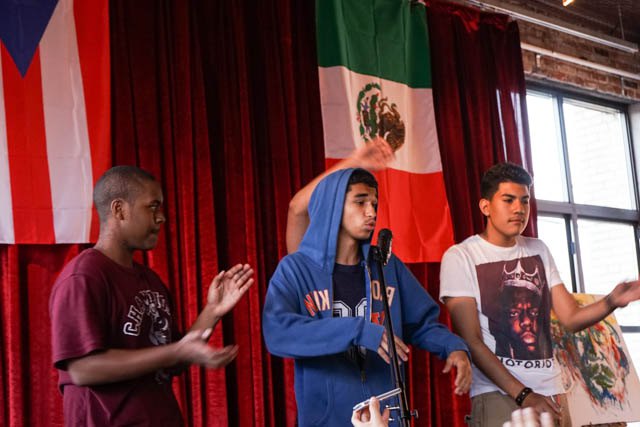 We caught an impromptu rap performance and speech from some Bushwick youths at the Bridging Bushwick panel. They had the whole crowd singing along to their catchy jingle “we’re so Brooklyn” while also confronting serious issues surrounding gentrification in the neighborhood. 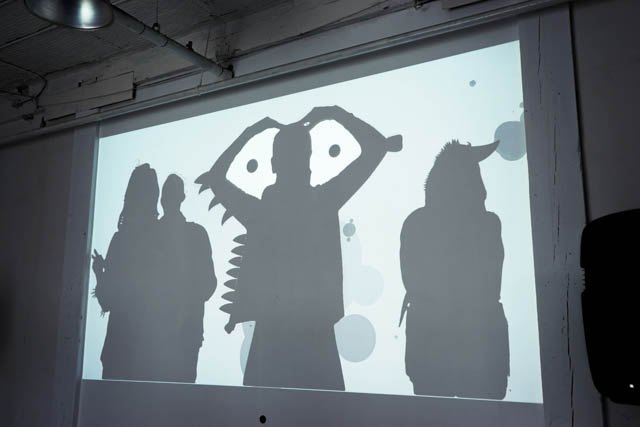 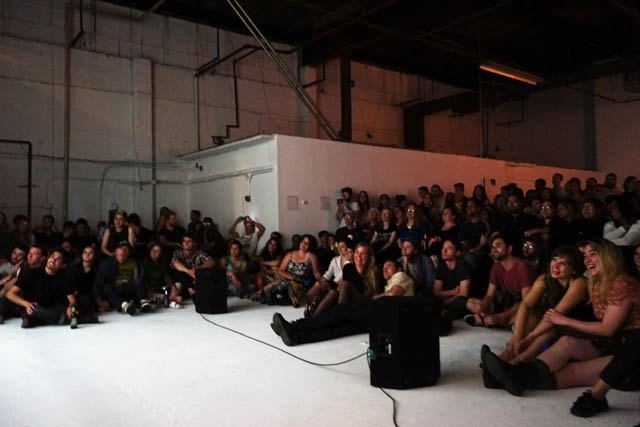 The crowd was massive and full of good vibes at the Slideluck Bushwick and Bushwick Daily party on Saturday night at sandbox studios. We awarded winners from our #BOShunt scavenger hunt contest then watched a slideshow of both Brooklyn and Baltimore artists. 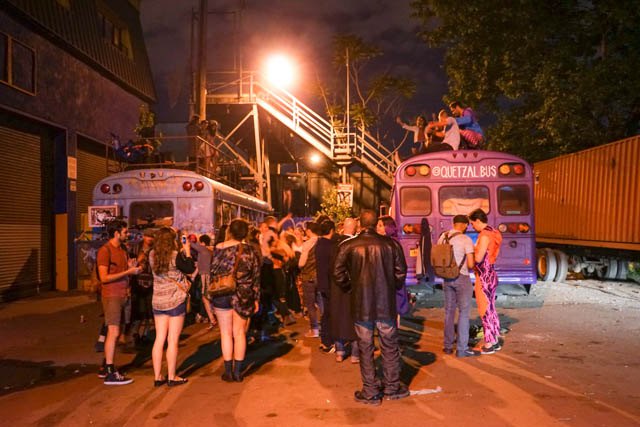 The Blue Byrds, a burning man party crew, parked two busses side by side in an industrial zone for an all-night dance party which included a DJ spinning atop the bus! 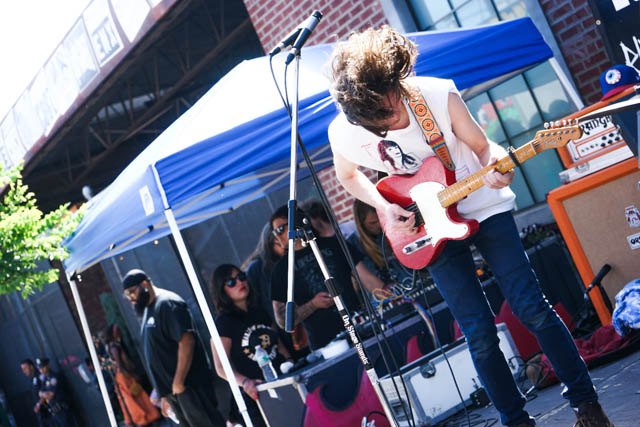 The caption says it all- the garage-rock band Fletcher C Johnson took the stage on Sunny Sunday’s Block Party.

#15 Beautiful Stilted Ladies turn it up at The Block Party 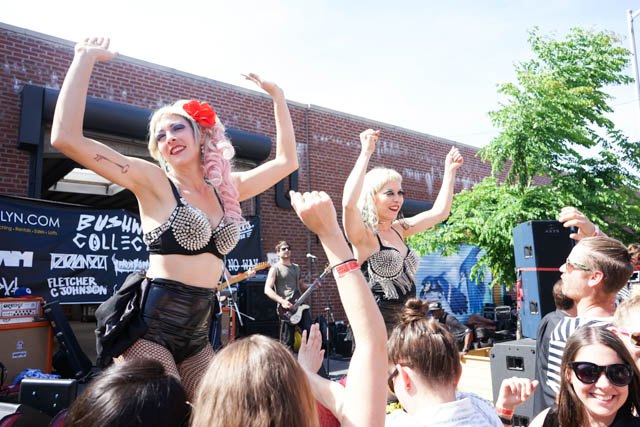 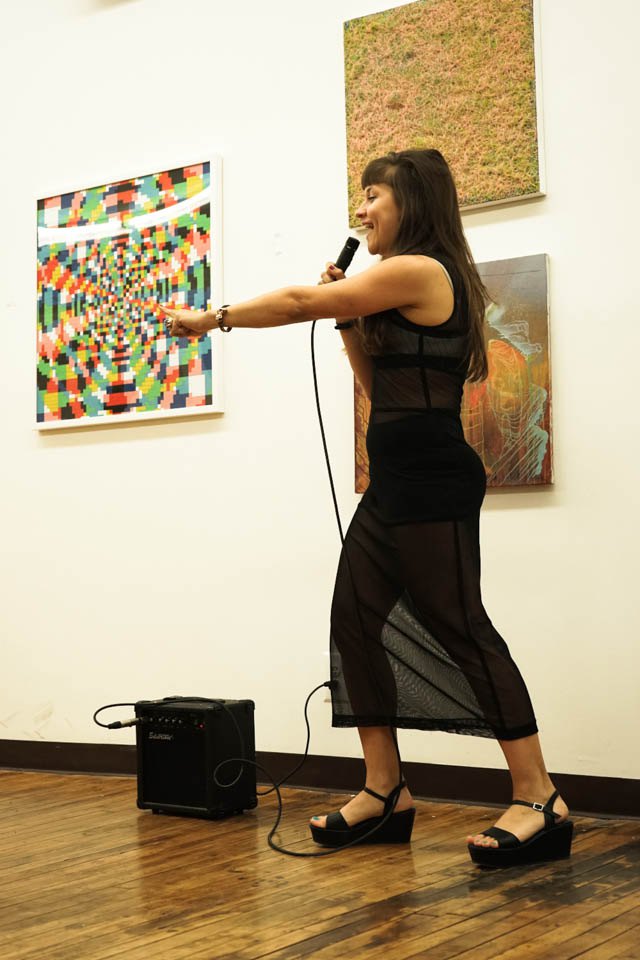 Dallas Athent, of Bushwick Daily fame, hosted a reading of our own Bushwick Nightz book of short stories. Four authors read their short stories to an enthusiastic crowd Sunday at The Active Space. 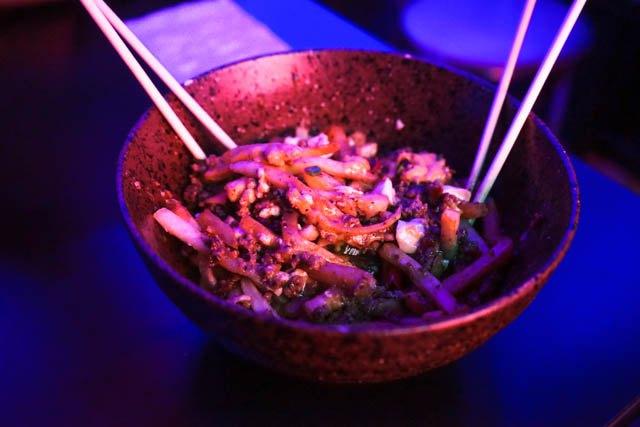 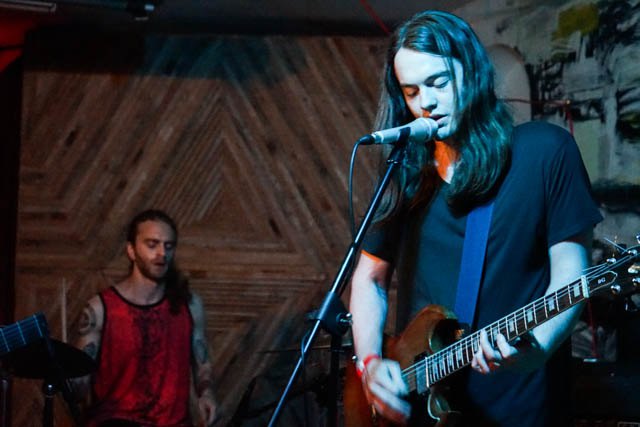 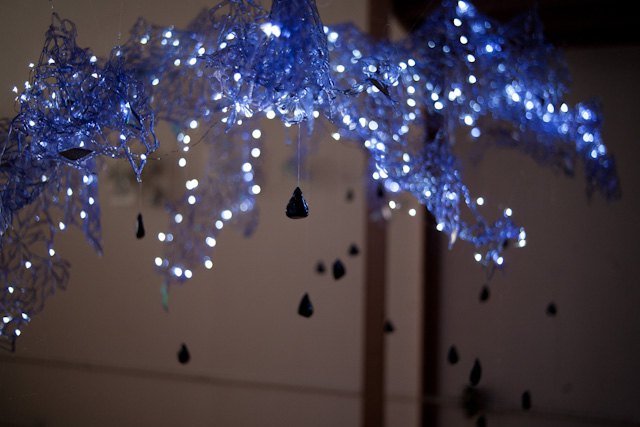 Just turn off the lights and start dreaming and wishing there was a huge room full of these. 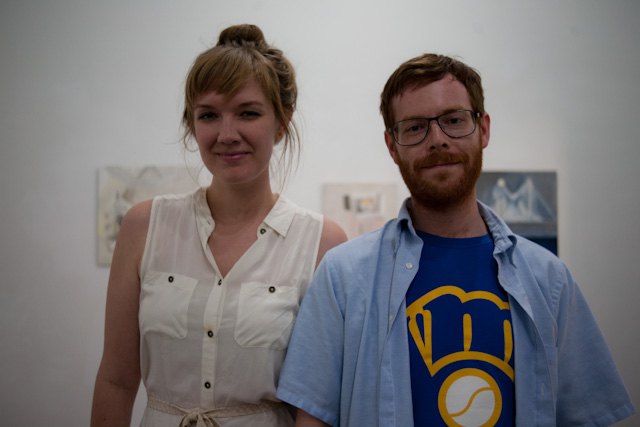 Artist and curator Julie Torres curated 1o curators from across the country who then curated their own shows presenting their favorite Bushwick artists. Here you’re looking at Peter Shear who curated works of Ellen Siebers, on the left.

#20 Dr Lisa awarded everyone for what they wished to be recognized for. 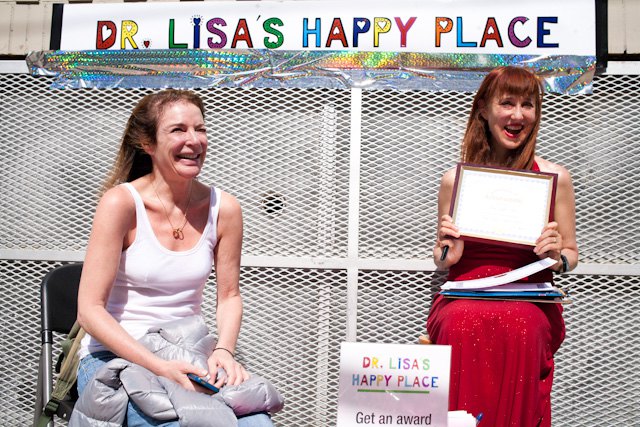 #21 Real on Rock Street made us wish there was a lot more art on Bushwick streets. Always. 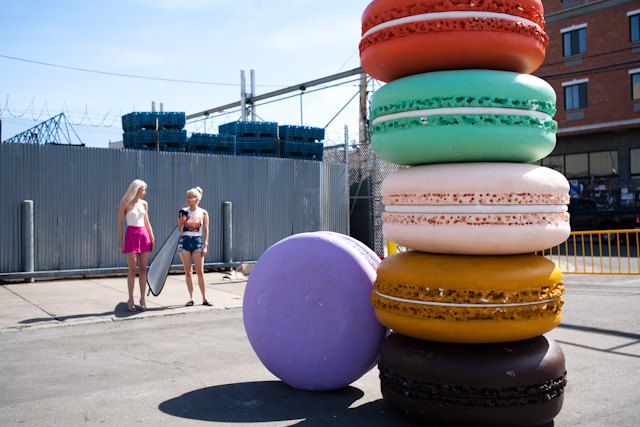 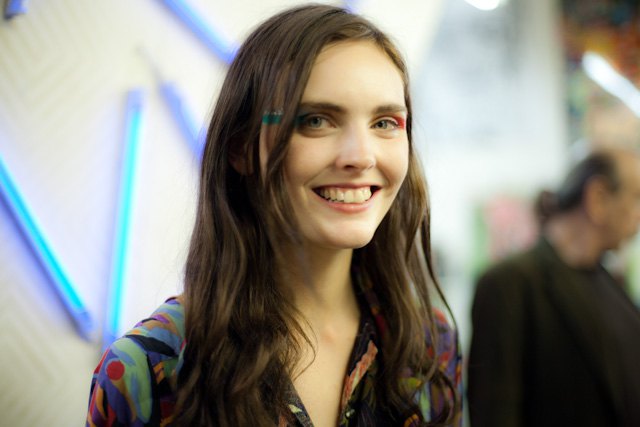 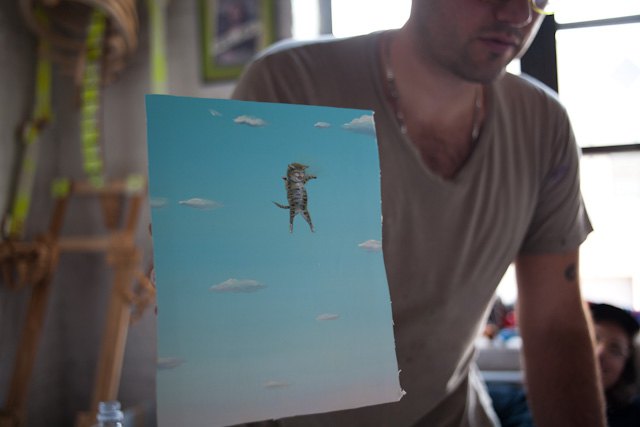 And everybody is crazy for them, us included. 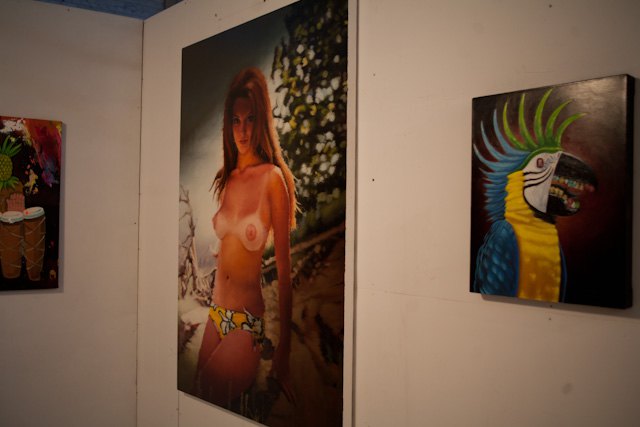 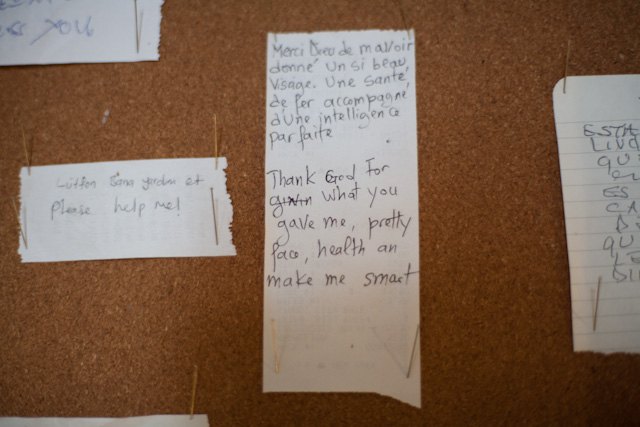 Fashion in Art: Check Out These Stylish Works from BOS